Did you know that even if you stay in a hospital overnight, or even a couple days, you might still be considered: “outpatient status.”

Your hospital status (whether the hospital considers you an “inpatient” or “outpatient”) affects how much you pay for hospital services (like X-rays, drugs, and lab tests) and may also affect whether Medicare will cover care you get in a skilled nursing facility (SNF) following your hospital stay.

More Medicare beneficiaries are entering hospitals as observation patients every year. The number rose 88 percent the number of patients staying under observation for at least 72 hours.  Up to 1.8 million nationally in 2016, according to the Medicare Payment Advisory Commission, which helps guide Congress on Medicare issues. At the same time, Medicare hospital admissions stayed about the same.

Medicare Part A (Hospital Insurance) covers Skilled Nursing care provided in a skilled nursing facility (SNF). Thus, when your hospital status is listed as “Observation” or outpatient, this falls under Medicare Part B which does not cover SNF’s if you need care after being discharged from a hospital.

What do I pay – Inpatient vs. Outpatient?

The Centers for Medicare and Medicaid Services (CMS) issued guidance called the “two-midnight rule” which helps to further identify which patients should be admitted as inpatient and covered under Medicare Part A (hospitalization) rather than Part B (outpatient). The rule states that if the admitting doctor expects the patient will need to be in the hospital for a time period that spans at least two midnights, the care would be billable under Medicare Part A.

In 2015, CMS updated the two-midnight rule to provide more flexibility for case-by-case determinations. The new guidelines still generally call for a hospital stay that spans at least two midnights before Medicare Part A applies, but they also leave some wiggle room for physician discretion. If the doctor believes that the patient’s treatment warrants inpatient admission even when

Payment for inpatient services. When admitted to the hospital as an inpatient, Medicare pays for the care under the inpatient prospective payment system (IPPS). The IPPS provides a single payment for all of the services provided to the beneficiary by the hospital during the inpatient stay, including nursing staff, room and board, use of operating or diagnostic facilities, and drugs.

Payment for outpatient services. Hospitals bill for all of the services administered to a beneficiary and can receive multiple APC payments for the care provided during a single visit. In general, the more services that an outpatient receives, the greater the OPPS payment the hospital receives.

When being admitted into a hospital please be aware of the two options. Inpatient status or Observation status.  There could be additional costs associated with an “observation” stay, along with not being eligible for Skilled Nursing Facility coverage through Medicare. 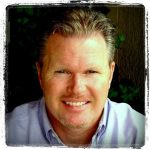